How to accept that goddamnit, no matter how hard you try, not everyone is going to like you

The other day I was at a baby shower, mainly trying to hide from all the children, when a guy walked up to me.

To be accurate, he walked up til he was about half a metre from me, and introduced himself to the two friends who I was standing with. When I introduced myself he looked at me kinda blankly and turned back to my two friends.

I spotted his Kiwi accent immediately and asked excitedly “are you a Kiwi?”

(while bracing for the accent-mocking that will inevitably follow)…

No follow up question. Then he turned back to my friends and asked them if they had kids.

I may have accidentally said “God no!” a little too triumphantly.

He had a baby strapped to him at the time.

I wondered why he’d taken such an immediate dislike to me. Eventually I decided it wasn’t worth my effort, so I wandered off to find a room with no children in it.

My friend later commented that the guy seemed very unimpressed with me no matter what I said (even before the “God no!” incident).

Interesting, so it wasn’t just in my head.

Later that evening when I was regaling Bloody Good Chap with the tales of the day, I burst into tears unexpectedly.

Upon further investigation, I realised that the feeling I had experienced when the dude took an immediate dislike to me was not an unfamiliar feeling.

I cast my memory back and realised that it seems to happen quite frequently that people take an immediate dislike to me, while warming to the friends around me.

Oh shit, I realised, I’m not an immediately likeable person!!

My mind, Neville was excited to add this new nugget to his self-judgment repertoire.

He started rooting around in my memory to try to uncover the pattern between all the people ever who have acted weird around me upon first meeting.

On and on Neville went, throwing insecurities around the place and making a big mess everywhere.

Until eventually Bloody Good Chap snapped me out of it.

We cracked up laughing.

And then I cried all over his t-shirt a bit more.

I’ve tried like buggery, but not everyone can like us. Everyone will judge us, no matter what we do. And generally, people’s opinions of us have a lot more to do with them and their experience than they have to do with us.

Since my meltdown-epiphany, I’ve been practicing being more accepting of the fact that some people are just going to take an immediate dislike to me, and there’s nothing I can do about it.

To practice acceptance, it requires us to actually FEEL the uncomfortable feelings.

Acceptance doesn’t mean telling myself a story in my head, trying to convince myself that I’m wrong and that everyone probably does like me. When I try that, Neville just fights back harder with a growing body of evidence from his “everyone hates me” campaign

Nor does acceptance mean avoiding reality – in order to accept something, I need to be able to be honest with myself that I’m not everyone’s cup of tea, and that’s ok!

Acceptance means putting our full attention into our body when we feel the familiar feeling of being rejected, and observing the uncomfortable sensations while allowing them to be there – perhaps the tightening of our throat, the rock in our stomach.

When I remember to do this in the moment, the emotions no longer dominate my reactions, I no longer leap into people-pleaser mode, and I find that I can much more easily let things be as they are without trying to control or change them.

Then suddenly, in the midst of feeling my damn uncomfortable feelings,

the judgemental guy with the baby strapped to him doesn’t seem like such a big deal.

A friend of a friend, Raymond*, mentioned that he is all for the #BlackLivesMatter movement, but that he doesn’t feel that we (white people) should have to feel guilty for something we didn’t do. This didn’t sit right with me, though I could understand what he was...

END_OF_DOCUMENT_TOKEN_TO_BE_REPLACED 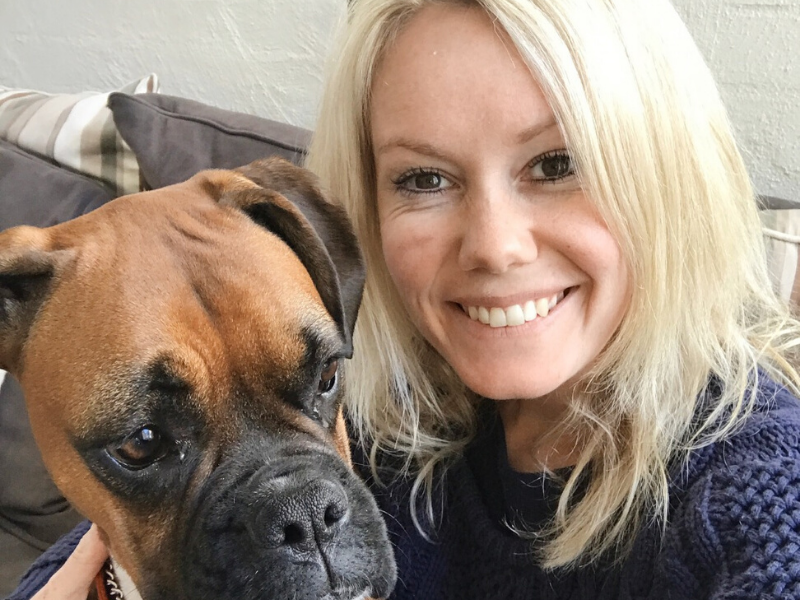